In this blog, I would like to share about my prenatal experiences and also learning from my prenatal period or I can say feelings/difficulties almost all expecting mothers go through.

I feel this is the right time to share this through this blog because those prenatal memories are still floating in my mind and it’s fresh, as my little one is just 6 months old now.

When my elder one was about 6 years old we decided to have second child. Since it is a long six years gap, when I became pregnant again, I was not having much clue about what all I have experienced during my first pregnancy. But I must say that as I am an experienced mother, I was more matured in taking decisions/as a couple we were able to take decisions (decisions such as choosing a hospital or being away from hometown, whether to have the delivery at hometown or in the living city, etc) independently.

Prenatal experiences AND MY TIPS ON HOW TO OVERCOME:

Before telling about the difficulties, let me start with good experiences of the prenatal period. The best thing is that people around you pamper/care you a lot during this period. Shopping malls, office, or home wherever you go, you are going to get extra care/respect and you are going to miss this after delivery. Another best thing that all women love – period free 9 months 😊

Nausea: Nausea is a feeling like you are about to throw up. Most women will have Nausea or vomiting, during the initial 3 months of the prenatal period. There is nothing much you can do for this ☺️. As time goes on it will improve. Noticed that if protein food is consumed in the previous night, the morning sickness will reduce to an extent. The reason could be as you need more energy during this period and during the night almost 7-8 hours we are not consuming anything, we feel more sickness in the morning. If protein-rich food is consumed, it gives energy for the body that it requires during the night.

Mood swings: Sometimes emotions impact our day to day life. A feeling to cry or shout at people for no reason or for silly reasons. You will not have any control over these emotions. Its the side effect of hormonal changes happening in the body when the prenatal period begins. The best thing that you can do to overcome this is to let you and the people around you (husband, mom, and dad) know that the emotion is due to the changes in the body and try to convey this each time you are at the peak of any emotion. Say suppose, you are in an argument with your partner (which you do always 😉) and if you are going out of control, let your partner know that you are behaving this way due to the hormonal changes. He also would calm down and console you as he knows that calming you down is more important than his feelings.

Hospital to choose: This was a big question mark when I was carrying the second time. For the first pregnancy, I knew nothing about it and we listened to elders and made the decision accordingly. But this time as an experienced mother, I was in search of a hospital where I would get better care as per my expectation. Also, I wanted to avoid cesarean which I had for the first pregnancy. I hated calling/treating me as a patient when I go to a hospital because pregnancy is not a disease. As I wished finally I could figure out a hospital where I would get the care which I was expecting and I opted for midwifery care which is not that popular in India. Initially, I had little struggle to convince my hubby, but I succeeded in it. And I don’t regret the choice I made.

As per me, during the prenatal period, the expectation of a pregnant lady from a doctor/midwife is to be a practitioner who cares you a lot and treat as their dear one and giving ultimate care which I got from Sanctum – Healthy Mother (Natural Birth center).

Differentiate between myth and reality: You will get advises from everybody especially from all mothers. and there are lots and lots of myths and we will be struggling to differentiate between myth and reality. This is where the hospital – Sanctum came to my rescue. Whatever suggestion I get from people I cheerfully accept it and get clear with the midwife. One of the myths I often heard is that papaya should not be consumed. But came to know from my midwife that having ripened papaya does not harm and it was one of the suggested fruits in my diet.

Exercise and Diet: This part surprised me the most during this prenatal period. During my first one, I assumed that I should not do anything other than slow walking and for diet what I heard was I should eat for two. I was least bothered about these two during my first pregnancy. This time I came to know from my hospital that, this is complete nonsense. Actually, pregnancy is the time where you should completely have an eye on your diet which in turn is good for you as well as your baby. During this period I made sure I eat fruits, vegetables and green leaves, protein-rich food, etc and completely tried to avoid junk foods.

Coming to exercise, 30 – 40 minutes brisk walking was a mandatory exercise as a daily routine. and also started with little yoga asanas as told by the midwife and in the end, there were selected aerobic exercises for pregnant ladies.

To everybody’s surprise, I gained only 4kgs in the 7th month. (I was weighing around 70 initially and at the end, total weight gain was around 9 kgs). Thanks to Sanctum for the strict awareness and guidelines on what to follow. Please note that exercise and diet are specific to each individual and it will vary according to the individual’s health. Hence talk to the practitioner before doing anything. But some form of diet/exercise is always good for you and the baby.

Anxiety: Anxiety starts kicking in at end of pregnancy. Several questions come to the mind – When will the labor starts , will I be able to bear the labor pain, what happens if the labor starts at home etc etc. Up to an extend Lamaze classes helped me to prepare for labor and more than me, I think, my hubby was aware completely on what to expect during labor and what contribution/support he can give during the labor, which is very important. Before attending Lamaze classes, I was assuming that the labor pain will be very short as in movies and I was not having any idea too as mine was the cesarean delivery the first time. But after attending classes I came to know what to expect and became aware of different medical and natural labor induction techniques if overdue. Most importantly it was good to know the side effects of various medical induction techniques. The intention of this is that Pregnancy is every woman’s right and we are the ones who should be the primary decision-makers when there is a need for an induction.

This journey was almost like attending training at Sanctum. I even thought of taking the Lamaze certification to become a childbirth educator. The reason is that after going to Sanctum I realized that even though I am a mother, I hardly knew anything about prenatal issues and awareness until that time. In fact, I felt most of the women would be like me on that matter and is a must to know for expecting mother. I strongly recommend expecting mothers and their partners to attend Lamaze classes.

Please see my next blog post on my postnatal experiences and awareness and share your sincere comments in the Comments section. Feel free to contact me if you have any personal queries.

16 thoughts on “Prenatal experiences and awareness” 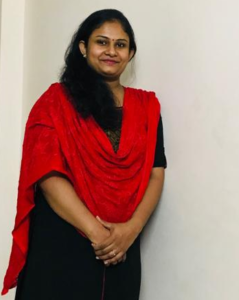 “Experience makes the man perfect” and yes…. I am here to help you with my knowledge gained from my experiences.